It may only be August, but Hallmark fans are likely already prepared for the most wonderful time of the year and the holiday movies that the network delivers around Christmastime. One of the company’s most notable stars is of course Lacey Chabert, who recently reunited with a Mean Girls co-star for Christmas Con in Pasadena. Now she’s really getting into the holiday spirit, as she starts production on her latest yuletide flick. And she shared some fun posts to mark the occasion.

Lacey Chabert took to her Instagram stories to share her latest Christmas movie journey. In one post, the actress can be seen at what appears to be an airport, where she was accompanied by her luggage. She subtly referenced “The 12 Days of Christmas” in her post but, instead of your usual six geese a-laying, five golden rings, and so on, her list included travel essentials. Check out the image below:

The actress continued her delightful song in another post, having it all lead into the fact that she’s making another Hallmark movie. While details about it are unknown, she did express her excitement and teased that fans will soon learn more about it:

This Christmas movie begins production on the heels of Hallmark losing a surprising number of stars to rival network GAC Family. But Lacey Chabert has opened up about the most “rewarding” part of being on the network and, with that, it would seem that she doesn’t have plans to leave any time soon. At this point, she’s become a true staple on the family channel, so it’s lovely to see that she’s continuing her work there and seemingly having fun while doing it.

Aside from her cheerful song, the star was also quick to explain her reasoning for wearing a mask while outside. She noted her duty to keep herself and others safe as she prepares to work on this new production. In her words:

Ahead of her work on the Christmas movie, Lacey Chabert had been pretty busy in Hawai’i, where she was working on another film. That Chabert-led film is called Groundswell, and she’s been hyping it ahead of its premiere, which is in just a week.  Chabert posted jaw-dropping pictures from the set, and they’re enough to make anyone eager to take an impromptu tropical vacation. Needless to say, the star really does get around, thanks to her involvement in these various productions.

Hopefully, details on Lacey Chabert’s new Hallmark Christmas movie will indeed be revealed soon but, in the meantime, I definitely wouldn’t be surprised if she decides to post more photos as production continues. And there may even another Christmas song reference or two.

Take a look at CinemaBlend’s schedule of Hallmark’s upcoming movies, including Groundswell, which premieres on Sunday, August 21. That movie and more should be enough to hold viewers until the holiday festivities.

Jayda Cheaves Shows Off Her Unique Sofa Retailed At $12K 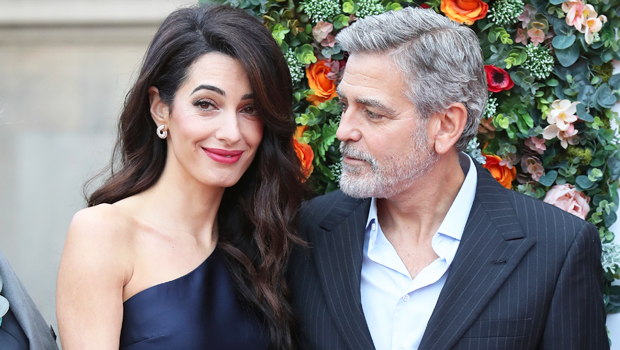 George Clooney Confesses He Didn’t Like Being A Bachelor: My Life Was ‘Un-Full’ Until I Met Amal