Phillips, a British journalist, and Pereira, a Brazilian Indigenous affairs expert, have been missing in the Vale do Javari, a remote region of the Amazon Rainforest, since June 5.

Torres said that forensic analysis was still necessary to confirm whether the remnants are from the bodies of Phillips and Pereira, but that tests would be conducted later Wednesday night, and that police would hold a news conference as well.

“I have just been informed by Federal Police that ‘human remnants were found at the site, where excavations were being carried out,’” Torres said in a tweet. “They will undergo forensic examination.”

A Brazilian fisherman detained by police in connection to the disappearances also confessed to having participated in the killings of Pereira and Phillips, multiple outlets in Brazil and the United States reported Wednesday. A spokeswoman for the Federal Police confirmed the confession in a statement to the New York Times.

Phillips and Pereira had been in the Vale do Javari to meet with Indigenous leaders for a book Phillips was researching and writing. Leaders from Univaja, a coalition of tribes from within the valley, initially reported the pair’s disappearance after they failed to show up to a meeting in the city of Atalaia do Norte.

The disappearances of Phillips and Pereira ― one an experienced journalist and the other a veteran expert on the Amazon and the Indigenous tribes that live within it ― sparked a furious search, led by Indigenous tribes that criticized the Brazilian government’s initial response to their pleas for help, in the Vale do Javari, a region that has been home to increasing conflicts between Indigenous tribes and illegal miners, loggers, fishermen and other illicit interests in recent years. Police investigators have suggested that their disappearances may have been related to illicit fishing and hunting activity within the region.

Phillips, 57, reported on Brazil and the Amazon for more than a decade, and traveled to the Vale do Javari to interview Indigenous Brazilians for a book he was working on about how to save the forest from destruction. He was a regular contributor to The Guardian and had also written for HuffPost, The Washington Post, The New York Times and other outlets. Phillips was a highly respected reporter who chronicled threats to the Amazon Rainforest, other sensitive environment regions of Brazil and the country’s Indigenous peoples for years.

Pereira, 41, was a career employee of FUNAI, Brazil’s main Indigenous affairs agency, who had once overseen the body’s work in the Vale do Javari and advised many of the tribes that live within it. A “dedicated defender of Indigenous rights,” he was appointed in 2018 to lead FUNAI’s office that protects isolated tribes that have no known contact with the outside world. He was removed from the post a year later, amid disputes with the government of far-right President Jair Bolsonaro, who has rolled back protections for the environment, the Amazon and Indigenous tribes.

Pereira often received threats from illegal miners, fishermen and loggers related to his work. He and Phillips were reported missing on Sunday, June 5. The day prior, they both had faced new threats from illegal fishermen, according to Univaja leaders, and were last seen traveling up the Itaquai River, within the Javari Valley.

Police previously detained a pair of suspects, brothers Amarildo Oliveira and Oseney de Oliveira, in connection to the disappearances. Earlier Wednesday, reporters in the Vale do Javari saw police leading a man to a boat near the search site. The identity of the man is unconfirmed, but Brazil’s Globo News reported it was Amarildo Oliveira.

The disappearance of Phillips and Pereira drew global attention and scrutiny to the search. Indigenous groups, including Univaja, initially said the Brazilian government and Armed Forces had been “absent” from the efforts to find Phillips and Pereira, which generated even more global pressure on Bolsonaro and the Brazilian military to conduct a more robust search-and-rescue operation.

The Guardian also criticized the government’s reaction in an editorial, while editors from it and other prominent news outlets ― including The Washington Post, New York Times, The Associated Press, NPR and Folha de S.Paulo, one of Brazil’s largest newspapers ― demanded that Brazil “urgently step up and fully resource the effort” in a letter to Bolsonaro.

“Cadê Bruno e Dom” ― “Where’s Bruno and Dom?” in Portuguese ― became a rallying cry on social media and among prominent Brazilian actors, musicians, athletes, politicians, journalists and TV personalities. Pelé, the iconic Brazilian soccer star, implored the government to strengthen its efforts to find the missing pair on Twitter, while Caetano Veloso, the famous Brazilian musician, called on the government to do more during a concert shortly after their disappearance.

Indigenous activists staged protests outside FUNAI headquarters in Brasília, the Brazilian capital, and demonstrations spread to London, where Phillips was originally from, to Los Angeles, where Bolsonaro was attending the Summit of the Americas.

Sonia Guajajara, a prominent Brazilian Indigenous activist, begged U.S. climate envoy and former Secretary of State John Kerry to ramp up pressure on the Bolsonaro government during an event in New York City, and Kerry pledged to bring the issue to President Joe Biden’s attention before a bilateral meeting between the U.S. and Brazilian presidents in Los Angeles. U.S. lawmakers and British members of Parliament tweeted calls for a more expansive search-and-rescue mission.

Bolsonaro, by contrast, took a dismissive stance toward Phillips and Pereira, casting their disappearance as a result of their own decision to go on an “adventure” in a dangerous region.

“Really, just two people in a boat in a completely wild region like that is not a recommended adventure. Anything could happen. It could be an accident, it could be that they have been killed,” Bolsonaro said in a television interview two days after Pereira and Phillips went missing.

Bolsonaro took an even more unsympathetic stance on Wednesday, before the men were found, effectively blaming Phillips for his own disappearance.

“This Englishman was frowned upon in the region because he did a lot of reporting against garimpeiros,” Bolsonaro said, referring to the illegal miners who have operated more freely in the Amazon on the right-wing president’s watch. “A lot of people didn’t like him. He had to have paid more attention to himself. And he decided to go on an excursion.”

Their disappearances have shined a brighter light on the increasing danger and lawlessness plaguing the Amazon region, especially under Bolsonaro, who has curbed protections for the forest and Indigenous tribes within it in order to promote more economic development of the vital ecosystem. Indigenous tribes have already accused Bolsonaro of crimes against humanity in a filing with the International Criminal Court, and said that his policies amount to a genocidal campaign against them.

Illegal invasions of Indigenous lands and the killings of tribal members have increased sharply since Bolsonaro became president in 2019, according to the Indigenous Missionary Council, a Brazilian nonprofit. Bolsonaro has allied himself closely with wildcat miners, illegal fishermen and illicit loggers who have attempted to expand their own operations in the forest ― and often sparked conflicts with Indigenous tribes in the process: He has gutted the oversight and enforcement powers of agencies like FUNAI and limited the issuance of fines related to environmental infractions.

Indigenous tribes within the Vale do Javari had previously attempted to draw attention to threats coming from illegal fishers, miners, drug traffickers and the Bolsonaro government, including the president’s attempt to appoint a former Christian missionary who’d previously argued that isolated tribes should be targeted for religious conversion to a position that would oversee their protection.

Phillips spent his life telling those stories to the world. Pereira endeavored to protect Indigenous tribes even from a government that wanted to target them.

Nearly 300 Indigenous people have been murdered since Bolsonaro took office, according to the Indigenous Missionary Council, and in 2019, another FUNAI employee was assassinated in the Vale do Javari. His case was never solved.

That year, Human Rights Watch accused Bolsonaro of granting “carte blanche” to criminal networks operating within the Amazon. The right-wing president who counts illicit miners, loggers and other such interests among his most ardent allies and supporters has eroded the Brazilian government’s capability to protect the forest and the people who live within it ― or the journalists, environmentalists and human rights workers who’ve attempted to protect them instead.

“The disappearance of Dom Phillips and Bruno Pereira, and the Brazilian government’s inadequate response, are part and parcel of President Jair Bolsonaro’s unwillingness to confront the catastrophic environmental damage underway in the Amazon,” the journalist Eliane Brum, who lives in the Amazon region, wrote for the New York Times. “It is not in Mr. Bolsonaro’s interest or his character to do anything for defenders of the rainforest.”

Here Are the Internet Service Providers That Americans Hate Least 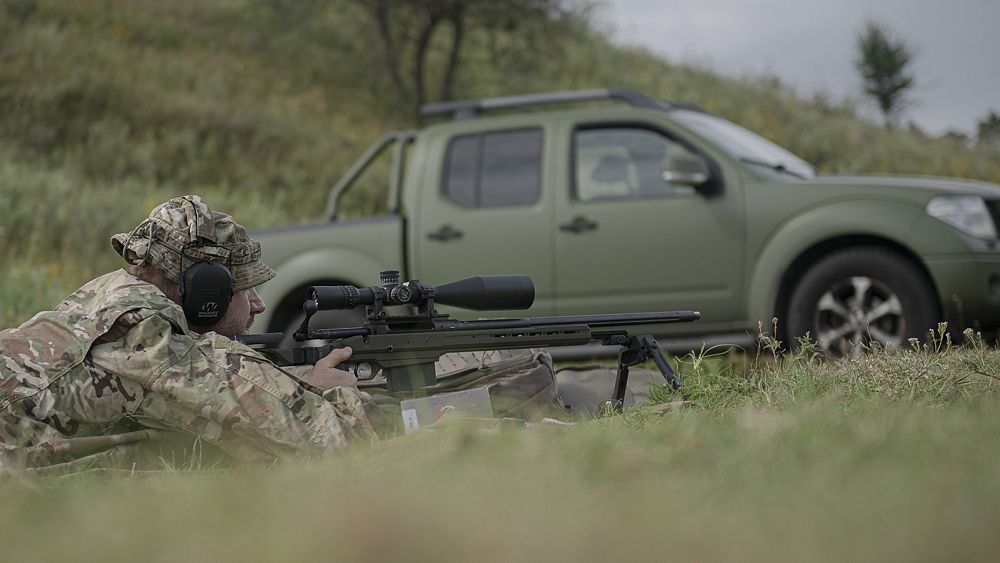 US to Issue ID to Migrants Awaiting Deportation Proceedings 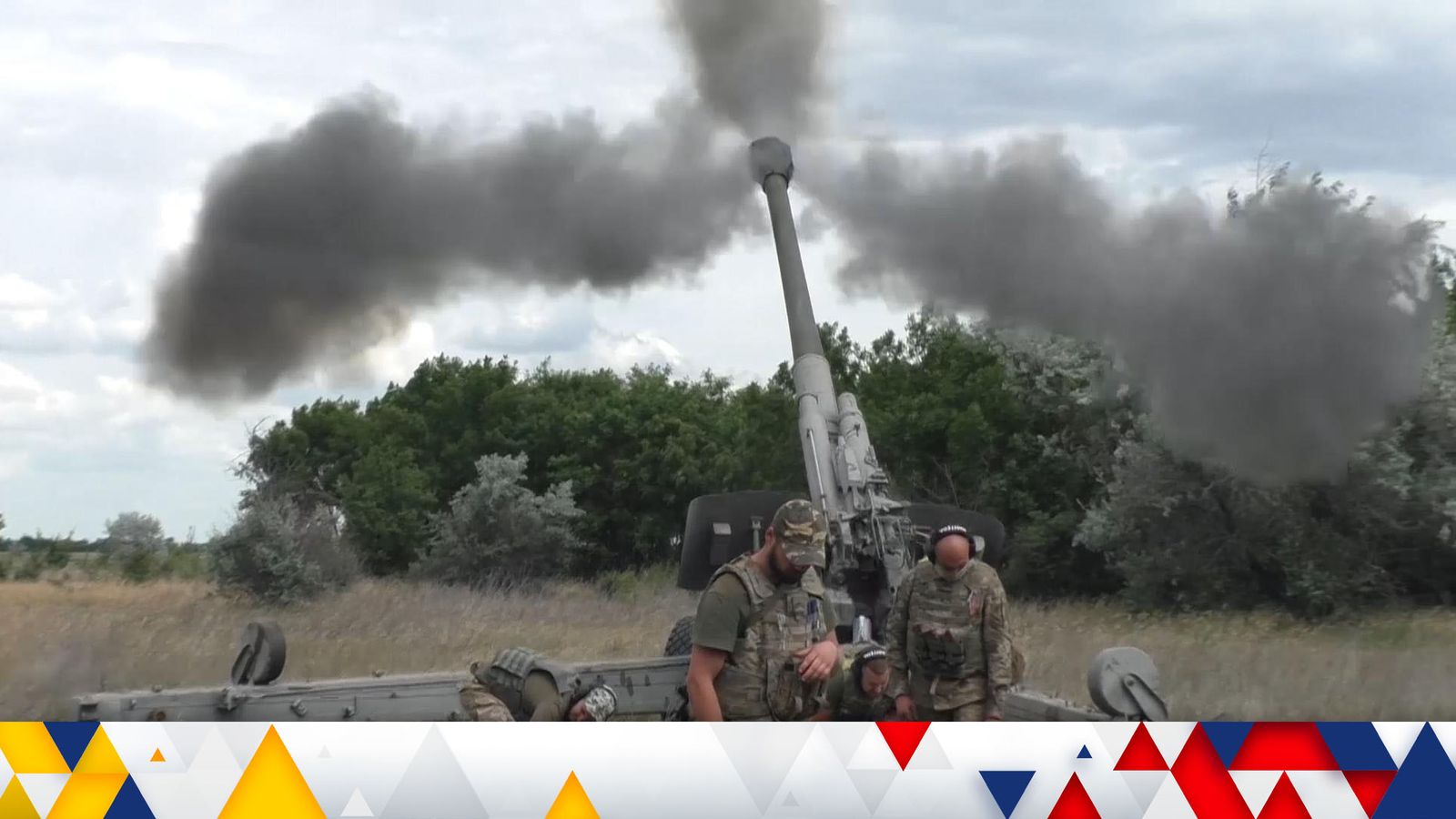 Ukraine war: The artillery slugging match for the south will be a slow and deadly grind